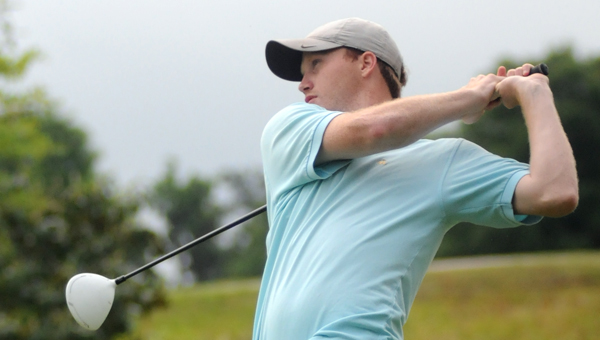 Davis Watts and his team of Ryan Williams, Don Smith and Reggie Mantooth, placed third with a score of 53.6, barely missing second place by four-tenths of a point.

More than 50 golfers teed it up Saturday, following a brief rain delay, to help raise funds for the Fort Dale Academy Athletic Club.

The four-person scramble, held Saturday at Cambrian Ridge, might’ve had a few less participants than last year, but was no less of a success, according to tournament organizers.

“We had a little rain delay for a few minutes, and then the rest of the day it cleared up and never did rain on us.  We had about 52 golfers, and other than that, everything went well.”

The team of Josh Beverly, Marshall Watts, Damon Daniels and Chris Lowery, sponsored by Dunklin and Daniels Funeral Home, claimed the top spot in the four-person scramble with a net score of 51.3.

“It seemed like everyone had a good time,” Whigham said.

“It was a fun day, and we’re looking forward to next year’s tournament.”