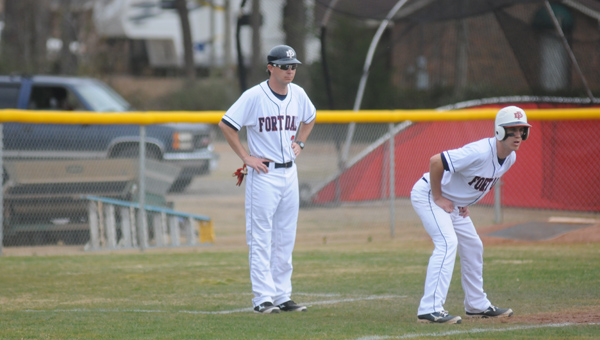 A 10-3 loss to Lowndes Academy, the Eagles’ second loss to the Rebels this season, started a new streak that Fort Dale is hoping ends soon.

FDA head coach Josh Beverly said errors plagued the Eagles (11-3) in both losses, and that the team has struggled to find consistency at the plate.

“(Against Monroe) in the third inning we made three straight huge errors that we haven’t been making,” he said. “It would have been a one run game with a great chance to win. Even then we aren’t hitting the ball. We scored three runs in the first against Lowndes and then put up zeroes the rest of the game. Hitting comes and goes, but pitching and defense cannot and that kind of hurt us against two good teams.”

In the loss to Monroe, Chase Whiddon led the Eagles with a 2-for-3 effort at the plate that included an RBI.

Burkett suffered the loss on the mound. He tossed a complete game allowing five runs, two of which were earned, on eight hits. He struck out three.

“Ryan didn’t have his best stuff, but he battled and kept us in the game,” Beverly said.

Against the Rebels, Chip Taylor was 1-flr-3 with two RBIs.

Taylor took the loss on the mound.

The Eagles will hit the road for a showdown with Escambia Friday. First pitch is set for 6 p.m.