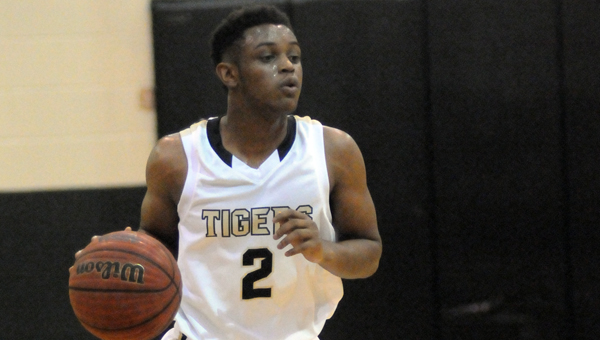 But in the fourth period, the Jaguars came out swinging.

The Jaguars’ used intense full-court pressure and an uptempo offense attack to erase Greenville’s lead and score a 57-48 win.

“I felt like the first two minutes of the fourth was the momentum swing,” said Greenville head coach Richard Kelly. “Hats off to Sumter, they never quit. We just have to finish games.”

Early in the game Greenville was able to force turnovers, which it converted to easy baskets. The easy opportunities, along with timely outside shooting from Zac Smith, who led the Tigers with 14 points, helped Greenville take a 23-17 lead into the intermission.

It’s a lead the Tigers would ultimately be unable to hold.

“I am disappointed in the loss, but we just played the No. 2 team in the state in a great game,” Kelly said. “We will see them again. I am proud of my boys for their effort.”

The Tigers rebounded from the loss with a 57-45 win over Luverne High School on Saturday.

Luverne was ranked No. 6 in Class 2A.

“They came out and hit us hard in the 1st quarter,” Kelly said. “Things didn’t go our way early, but we responded in a positive way which related to our success late in the game.”

Smith once again led the Tigers with 12 points. Cheatham added 11 points and Raheem Moore finished with 10 points and eight rebounds.