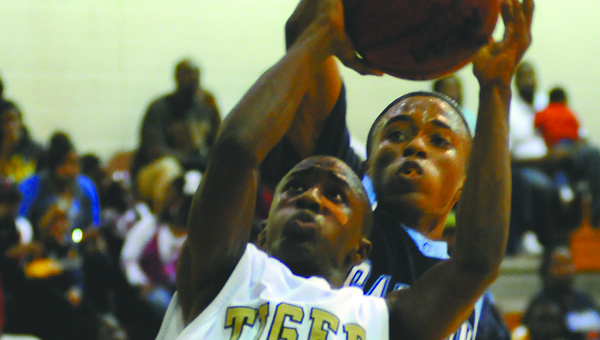 Bryant, who also finished with six assists, was one of three Tigers to tally double figures.

“For our first game I was pleased with the effort that we gave, but we have a ton of work to do,” GHS head coach Richard Kelly said. “We had a lot of guys step up.”

Calhoun led 15-11 at the end of the first period, but Greenville rallied to take the lead by the close of the first half by outpacing Calhoun 18-10 in the second period.

Aided in part by a barrage of 3-point baskets, Calhoun recaptured the lead in the third quarter and led 45-41 heading into the fourth.

Greenville erased the lead and sent the game into overtime in the fourth period. Kelly said protecting against the 3-point shot was the Tigers’ priority heading into the extra period.

“We pride ourselves on strong defense,” Kelly said. “We know that if we play hard on defense, transition points will happen in our favor. (Calhoun has) a great outside game, and we knew that we had to defend that successfully to have a chance to win.”

Greenville outscored Calhoun 8-5 in overtime to seal the win.

“For us to play our first game in that hostile environment and come out with a win, it just makes me proud of these young men,” Kelly said.