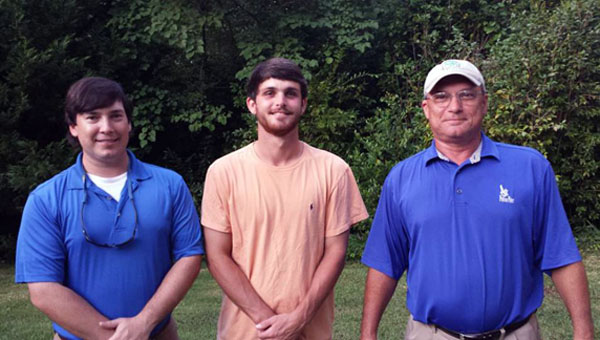 According to Ben Norman, tournament organizer, the event, which was played at Cambrian Ridge, raised more than $4,000.

“We had 13 teams, which was a decent turnout but lower than in years past,” Ben Norman said. “We had great support from the community with hole sponsorships and that made up for the smaller field of golfers.”

The money raised from the tournament is used by the Jaycees to purchase Christmas presents for foster children in the area.

The money is also used to help with other needs throughout the year, such as the purchase of school supplies.

Ben Norman credited the tournament’s sponsors for their support of the event and the area’s foster children.

According to Ben Norman, Greenville Motor Company provided prizes for any hole in one on the par 3’s, while AlaLandCo’s Rick Bourne provided and cooked a shrimp boil for the golfers after the tournament.

Ben Norman, Cody Norman and Steve Norman claimed the tournament championship with a score of 61.