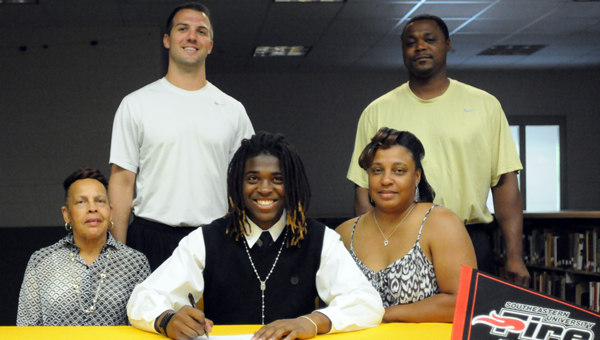 The 6-foot-3,190-pound wide receiver inked a national letter of intent with Southeastern University in Lakeland.

“This is the best feeling,” Craig said. “It means everything to me to be able to play college football. It means all my hard work has paid off.”

Craig is part of the upstart NAIA program’s second recruiting class. SEU will not begin it’s first full official season until the fall of 2014.

“It’s going to be special to be on the school’s first (football) team,” Craig said.

The Fire became interested in Craig after the former Tiger took part in the 9th annual Max Emfinger All-American Bowl in January. He said SEU coaches have told him he will play wide receiver.

Craig said he knows he has some work to do in order to be ready to hit the field for the Fire.

Craig will report to Lakeland Aug. 15.