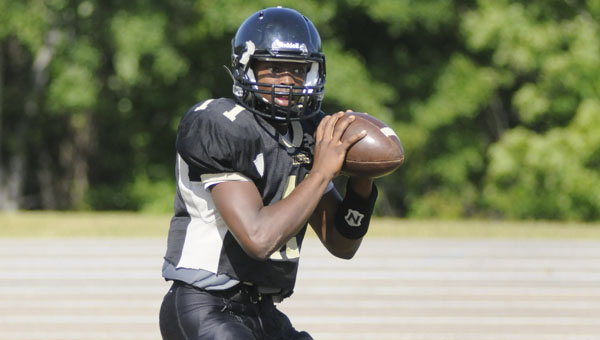 Greenville High School’s 10-7 loss to Class 6A Lee High School Friday night at Alabama State University could have easily borrowed the title from Clint Eastwood’s classic western, “The Good, the Bad and the Ugly.”

There was the good.

A defense that lost seven starters held the Generals to just 10 points, stopped a number of drives that began inside the red zone and held Lee to negative yards on the ground.

“I was pretty pleased with the way our defense played,” head coach Earnest Hill said. “We had a lot of guys to replace, and we’re basically starting over on that side of the ball. For the most part I was satisfied with how they played. They ran to the ball and made plays. Other than giving up a touchdown pass they did a good job of shutting Lee down.”

Marlon Davidson, who will be a junior when the 2013 season kicks off, led the charge with eight tackles, two sacks, two tackles for a loss and three quarterback hurries.

Hill praised the play of his offensive line, which he said struggled at times in 2012.

“Last year, even at the end of the season, our offensive line would sometimes get confused about who they were supposed to be blocking he said. “Against Lee it they got their assignment right just about every time. Even during the spring, no matter what we did, they knew who to block. I was real pleased with that.”

Then there was the bad.

A revamped offense was plagued by turnovers, which kept the Tigers out of the end zone. Greenville’s offense turned the ball over four times.

“When we didn’t make mistakes and turn the ball over, we did a good job of moving the ball,” Hill said.

That was no small feat considering Greenville was debuting an offense that is “less smash mouth,” according to Hill.

“It’s more of a formation offense,” he said.

The revamped offense was led by quarterbacks Chris Smith and Jerome Watkins. The two signal callers are competing for the Tigers’ starting job.

And there was the ugly.

In the game’s third quarter, the Tigers turned the ball over three times.

“We killed ourselves,” Hill said. “We had a chance to control the game, but just didn’t take care of the ball, and it cost us.”

Hill said he was pleased with the effort from his team, and overall would call the spring and Friday’s contest a success, but said his team still has plenty of work to do.

“We can’t be satisfied,” he said. “We aren’t there yet. I think we had a good spring, but there’s still a lot we need to work on.”

The Tigers will begin their summer workouts on June 4.