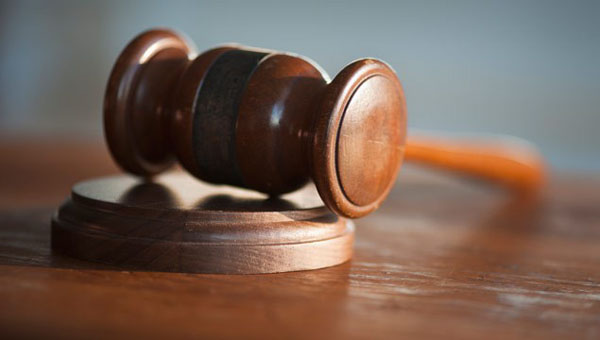 Lovell said that she was given “a lot to consider,” but gave no indication on when she may reach a decision.

The Lowndes County Commission filed a lawsuit on Feb. 25 against Bell, Hayneville Plaza LLC and the South Central Alabama Broadband Cooperative District seeking compensatory damages for breach of contract related to the purchase of the Hayneville Plaza in 2011, $500,000 to be placed in escrow and the cost of litigation to be paid by the defendants.

Michael G. Strickland represented Bell and Hayneville Plaza. He argued that since no loan agreement relating to the bond and the purchase of Hayneville Plaza was ever signed, there could be no breach of contract.

“No one will ever be able to testify that anybody signed a contract,” Strickland said.

Selma attorney Christmas Green, who is representing the Lowndes County Commission, said that while Bell and Hayneville Plaza LLC claim there’s no contract, they are “trying to enjoy benefit of contract, but repudiate all the conditions.”

She said she is confident the case will move forward.

“I feel that we have a strong legal case,” she said. “After the smoke and mirrors clear, then I think that the truth will be seen, and I think that we will get justice for the people.”

Tyrone C. Means, who is representing the South Central Alabama Broadband Cooperative District, said he expects parts of the case to be heard.

“I would anticipate that there would be some parts that may move forward and some parts that would not unless the plaintiff (Lowndes County Commission) fixes those problems.”

The South Central Alabama Broadband Commission was to use $59 million in federal grant money and $27 million in matching funds to create a broadband network that would have connected approximately 15,000 homes and 800 institutions in Butler, Conecuh, Dallas, Escambia, Lowndes, Macon and Wilcox Counties.

While funding to grant recipient Trillion Communications was terminated in October of 2012, the SCABC has continued its efforts to move a broadband project forward by finding other sources of funding.