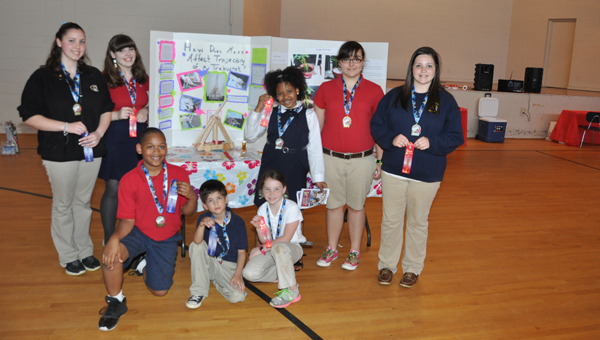 Future doctors and scientists got a little taste of the limelight Friday when winners of the Butler County School System science fair were announced.

Simmons said each school in the system had their own science fair and the first and second place winner from each school were able to compete in the countywide event.

“I was very impressed with the students,” Simmons said.

Simmons said the students were interviewed by judges from outside the school system and “explained the process, the scientific method that they used in the conclusion of their project.”