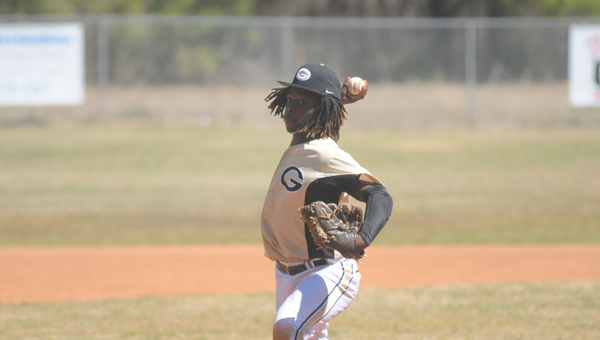 SELMA – Greenville High School saw its hopes of earning a spot in the postseason dashed on Saturday with a 5-2 loss to Selma High School.

The Saints plated two runs the first inning and two more in the second inning to build an early 4-0 lead.

Selma added one more run in the bottom of the sixth inning to seal the win.

Despite the loss, Kelly praised the play of his team, which starts three eighth graders, three freshmen, a sophomore, a junior and a senior.

“I am so encouraged right now because we made routine plays all day,” he said. “We just have to get better with two strikes at the plate.”

“Michael had a standout day,” Kelly said. “He got Selma to hit into ground balls and fly balls for our defense to make plays. That’s what I ask my pitchers to do.”

Trevor Langford and Davonta Posey each had a hit in the loss.

Greenville will be back in action Wednesday when it plays host to in-county rival Georgiana School at 3:30 p.m. at Beeland Park.