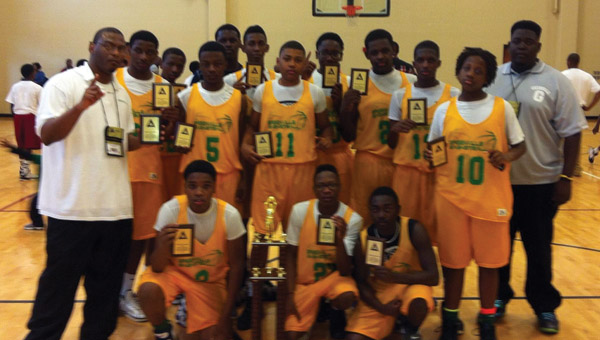 The Greenville All-Star basketball teams traveled to Gadsden with dreams and aspirations of victory.

They returned with something more.

The Greenville All-Stars representing the 14-and-under division claimed the state championship in a nail-biter against Mobile 55-53, sealing the deal with a buzzer beater.

Despite the even final matchup, the 14-and-under boys faced relatively little opposition along the way, cruising to the championship round with convincing wins.

The Greenville boys trounced Lanett 55-35 and handled Anniston 48-41 for their ticket to the big dance.

The 18-and-under team reached the semifinals versus a talented Birmingham squad, but fell just short to a three-pointer made with seconds left on the clock, losing 58-61.