Lady Tigers unable to hold off No. 10 Sumter Central 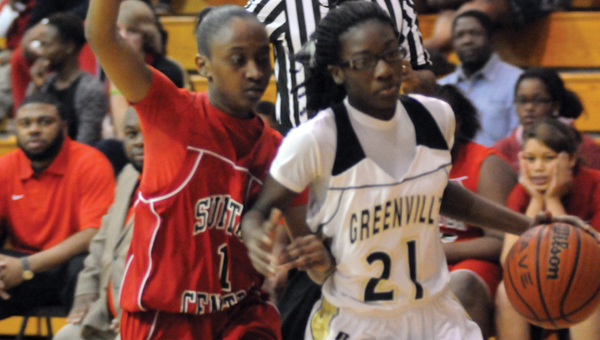 Then the second half started.

“Coming out of halftime we had a dead period,” Greenville High School head coach Frederick Newton said. “We didn’t play well in the third and we lost some of the momentum we had built in the first half. Then in the fourth we didn’t even score.”

The Lady Tigers seized control of the game early.

Just more than four minutes into the contest, Greenville led 13-0.

“We looked good early,” Newton said. “In the first half we were able to push the tempo and create turnovers that led to easy baskets. That’s how we like to play. We want to play a high-tempo style and pressure the other team to run.”

That strategy worked well for the first 16 minutes of play Tuesday night.

The Lady Tigers held Sumter Central scoreless for the first 6:50 of play and led 19-9 at the end of the first period. Greenville carried a 25-19 lead into the halftime break.

But the second half was a different story.

“Coming out of halftime (Sumter Central) slowed things down and started looking to shoot more from the outside,” Newton said. “In the first half they tried to drive against us and we were able to get some turnovers and push the ball down court. In the second half they started hitting those outside shots and that forced us to play zone. We eventually found a zone that worked against their offense, but we just weren’t scoring any points.”

Greenville had several chances near the end of the fourth, including a three-pointer at the buzzer, to capture the lead, but was unable to find the mark.

“We had chances, but we just didn’t execute,” Newton said.

Greenville will be back in action Friday when it plays host to Central-Hayneville High School. The game is scheduled to begin at 6 p.m.