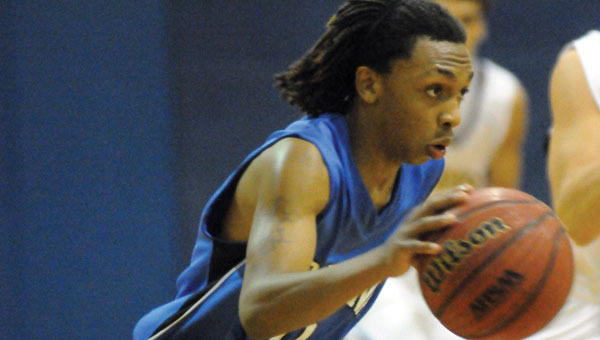 It’s been said that the best offense is a good defense.

That was certainly the case for Georgiana School Tuesday night.

The Panthers (15-8, 3-3 Class 1A, Area 3) used a swarming full-court press to stifle in-county rival McKenzie School’s offense and create easy scoring opportunities on the offensive end of the court en route to a 72-31 win in McKenzie.

The win snapped a three-game losing skid for the Panthers. In each of those three losses the Panthers went long stretches without scoring, and failed to score more than 44 points.

“I think our defense is key to us being more efficient on offense,” Georgiana School head coach Kirk Norris said. “If we can force turnovers and get easy baskets off them, we are able to transition into our offense better.”

Turnovers and easy baskets helped the Panthers race out to a 15-0 lead in the first three minutes of Tuesday’s contest. The Tigers didn’t manage a basket until the 4:21 mark of the period.

By the halftime break, Georgiana led 45-16 and had pushed its lead to 66-24 by the close of the third period.

Norris said he was pleased with the play of his team, which he says got a boost from the return of freshman forward Richard Boggan. Boggan had been sidelined with an injured wrist.

In his first game back, he scored 10 points and pulled down eight rebounds.

“Having Richard back definitely gave us a boost of energy that we have been missing,” Norris said.

Boggan was one of four Panthers to score in double figures in the win, which gave the Panthers a season-sweep of the Tigers.

Fellow freshman Jacquez Payton led the charge with 26 points, 17 of which came in the first half, while sophomore Devin McMeans chipped in 13 points and sophomore Travales Smith added 10 points.