Time runs out on GHS comeback 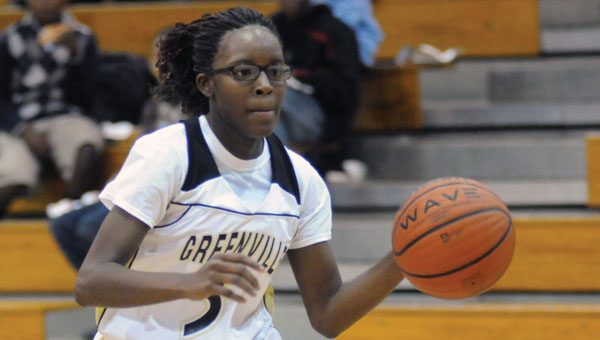 It’s an outcome that is becoming all to familiar to Greenville High School.

For the second time in as many games, the Lady Tigers lost a Class 5A, Area 6 game by less than five points after Selma High School claimed a 39-35 win Tuesday night in Greenville.

“The outcome wasn’t what we wanted,” Greenville High School head coach Frederick Newton said. “I liked the way our team competed until the end, but we’ve got to find a way to win those close games.”

“I felt like we played pretty well in the first half,” Newton said. “Toward the end of the half we had too many turnovers and we missed some shots we should have made and that let (Selma) back in the game.”

By the close of the third period, the Lady Saints had captured the lead by outpacing the Lady Tigers 10-5.

“The third period was a dead period for us,” Newton said. “We didn’t play very well. At the same time, Selma found a shooter that hit a couple of threes that gave them a spark and the next thing you know we’re down.”

Early in the fourth period, the Lady Tigers were dealt another blow when senior guard Tylesha Cook was whistled for her fifth foul while trying to take a charge.

“That hurt us,” Newton said. “We’re a young team and Tylesha is our only senior. She plays good defense and really gives us a spark. You can’t tell her not to try and make a play to prevent a basket, but it hurt when she had to come out of the game.”

Greenville matched Selma point for point during the final eight minutes of play, but the Lady Saints’ third-period surge proved the difference in the contest.

“We just ran out of time,” Newton said. “I’d hope if we had another minute or two that we’d have won the game, but you never know. We might have had more turnovers, but I think with a little more time things might have turned out differently.”

Greenville will be back in action Friday night when it takes on Sumter-Central High School. The game is set to begin at 6 p.m. in York.