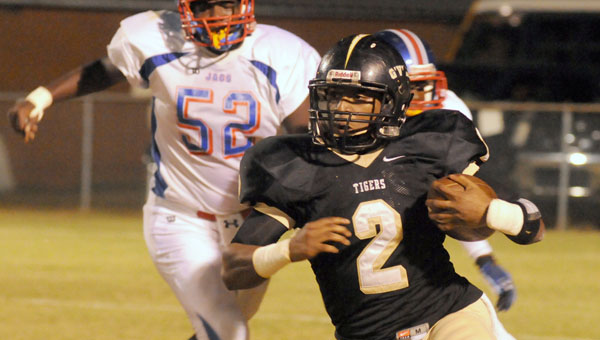 Riley, who played quarterback and wide receiver for the Tigers, finished his senior campaign with 1,020 all-purpose yards and nine touchdowns.

Riley, who is listed as athlete on the East roster, has said coaches have decided to play him on defense.

Riley would have preferred to play offense, but said he plans to make the best of his move to the other side of the ball.

Riley declined to comment on which schools had expressed interest in recruiting him.

“I’m going to hold that because I’m still working with some college coaches,” he said.

Craig said he was most excited to have the opportunity to get back out on the field.

“When I first found out that I was chosen I was very excited,” Craig said. “It is another chance to play the game I love, and this is a great program with great coaches and players.”

The two will represent Greenville as members of the East squad. The game is scheduled to be played Friday at 6 p.m. at Daphne’s Jubilee Stadium.

The game was started by longtime recruiting personality Max Emfinger as a way to help under-the-radar high school seniors earn opportunities to advance their football careers and education.

Emfinger said since 2005, 486 players who did not have scholarships when they reported to the all-star game received offers following the game.