Tigers fall to Calhoun in double-OT 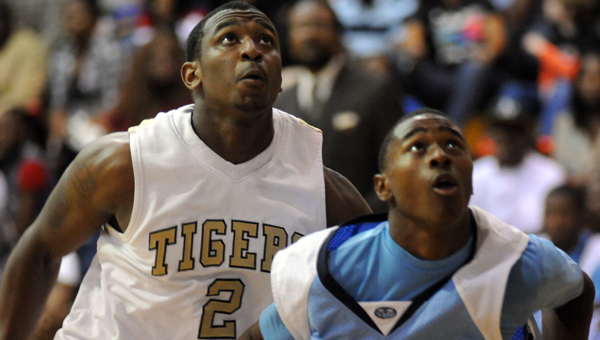 Two Greenville High School turnovers in the final 44 seconds of double-overtime proved to be the difference in a 77-74 loss to Class 2A Calhoun High School Friday night in Greenville.

Greenville led 74-73 with 1:27 to play in the second overtime after Kent Riley stole the ball near midcourt and converted an easy layup. Greenville then got a stop on the defensive end of the court and tried to spread the floor to run out the clock, but with 55 seconds to play, Greenville’s DeBryant Crenshaw was whistled for traveling.

The turnover led to Greenville foul and a pair of free throws by Calhoun’s De’Angelo Miles, which gave Calhoun a one-point lead with 44 seconds to play. On the ensuing Greenville possession, Miles forced a second turnover, this time racing down the court for a layup and a three-point Calhoun lead.

Greenville got one last look at the basket as time expired, but a long 3-pointer from Bryant was off the mark, and Calhoun escaped with the win.

“It was an exciting game with a good Calhoun team,” Greenville High School head coach Richard Kelly said. “I was exhausted after this one. These boys continue to fight every game. We just had some costly turnovers late.”

Greenville held a slim 35-34 lead heading into halftime, but saw that vanish quickly coming out of the break as Calhoun went on a 9-0 run during the first 3:13 of the second half to seize a 43-38 lead. By the close of the third period Greenville had trimmed the lead to three points at 50-47, due largely to its play in the paint.

Greenville surged ahead early in the fourth period thanks in large part to the play of Riley, who scored six straight points to give Greenville a 63-57 lead.

But Calhoun wouldn’t go away.

Ja’Keem Davison converted a layup with 2:35 to play that once again tied the game and eventually forced overtime. Both teams scored five points in the first extra period before Calhoun got the better of Greenville in the second overtime.

Riley and Marvin Davidson led Greenville with 16 points each. Matthew Craig chipped in 10 points and was 4-for-5 from the free throw line.

Davison led Calhoun with a game-high 24 points, while Jamie Jordan added 14 points in the win.

Greenville will be back in action Dec. 10 when it travels to Luverne. B-team play will begin at 4:30 p.m. with varsity action set to follow.