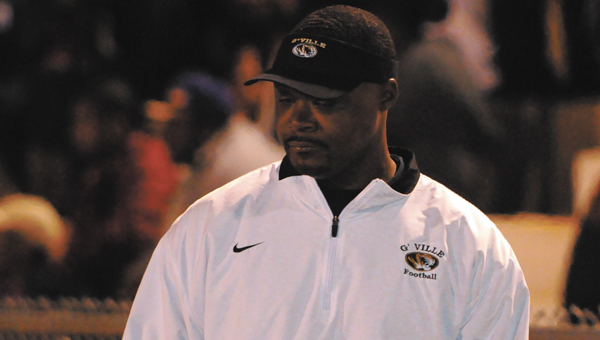 Greenville High School head coach Earnest Hill and the Tigers have a flair for the dramatic.

With a 5-5 record entering the postseason, few believed that Greenville would advance to the second round of the playoffs. Then the Tigers knocked off No. 3 Homewood High School.

But even after eliminating one of the state’s top teams, the Tigers once again find themselves labeled the underdogs heading into Friday’s showdown with No. 7 St. Paul’s Episcopal School.

That suits Hill and the Tigers just fine.

“I’ve been telling our kids all along this season that it doesn’t really matter how we play in the regular season as long as we get into the playoffs,” Hill said. “Once you get in, that’s when it counts. That’s when you have to be playing your best football. That’s all that matters right now. What you did in the regular season is over. It’s a new season now.”

And in the new season, Greenville owns a 1-0 record and a fresh batch of confidence.

“Not only did we beat a very good team, but we played a good game. As far as offense, that’s the best game we’ve played all season, and with the offense playing that well it pushed the defense to play a little harder.”

Greenville’s second-year head coach said the Tigers’ defense will need to be as good or better in order to score a win over the Saints.

“They have three very good players on offense,” Hill said. “They can put up points in a hurry.”

This season the Saints are averaging 33.2 points per game. Hill said the offense centers around senior running backs Jordan Huff and Kylen Towner and freshman running back Ostin McPherson.

“(McPherson) started as an eighth grader,” Hill said. “He’s got a lot of talent.”

The Saints have also proven to be stingy on defense, allowing just 11 points per game this season. Junior linebackers Jerry Williams and Zavier Carmichael lead the defense.

“They have a heckuva defense,” Hill said. “Most of those guys have been playing on that defense for three years. They get after you and they have a sound secondary. They’re just a good football team. We’re going to have our hands full, but we’re up to the challenge.”

The Tigers enter the contest riding a three-game winning streak. In its last three contests, Greenville has held its opponents to 10.6 points per game, while scoring 43.3 points per game.

“It’s a one game season now,” Hill said. “All that matters is how you play on Friday night.”