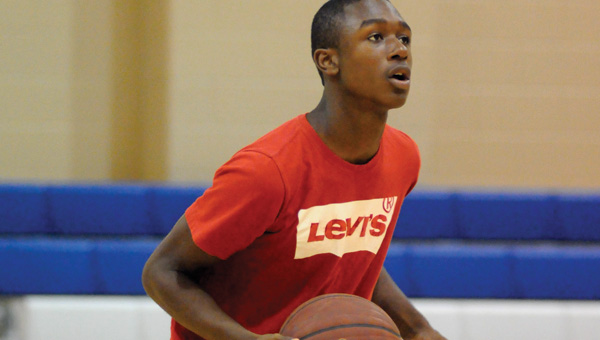 Instead, he believes in new beginnings.

A new beginning is exactly what the Panthers face this season after graduating eight seniors and five starters from last season’s squad, which won 24 games en route to the Class 1A South Regional Championship and a berth in the Final Four for the first time in school history.

“The guys that graduated left a huge void to fill, but this team is looking forward to the challenge ahead,” Norris said. “I believe with experience, consistency and effort, they have a chance to accomplish great things.”

Norris said the newest crop of Panthers is “hungry” to continue the winning tradition that last year’s team, which sent two players to the college ranks, has helped build.

“We are young, and we lack experience,” he said.

The Panthers will call on freshman Jacquez Payton to fill the void left by three-year starter Rodney Cheatham at point guard.

“It’s a big task, but one he is more than capable of handling,” Norris said.

Payton will get help from senior Justin Oikle, who started seven games last season and served as the Panthers’ sixth man.

“We are still going to push the tempo as much as possible,” Norris said. “I think we have the ability to play several guys off the bench that will keep us fresh and allow us to play that style.”

The Panthers will open their season Friday on the road against J.U. Blacksher. B-team action will begin at 4:30 p.m. with varsity play set to follow.