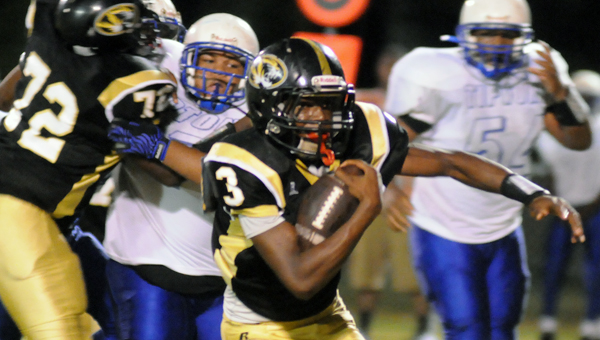 Greenville led 6-0 at the intermission thanks to a 32-yard touchdown run by Jamarcus Jones, but Tipton responded with two long rushing plays on the opening possession of the second half, eventually punching the ball into the end zone and taking an 8-6 lead.

“I was extremely proud of how we answered after they took the lead early in the second half,” GMS head coach Daniel Ingram said. “It feels great to finally put some points on the board.”

Greenville responded to Tipton’s scoring drive with a 10-yard touchdown run by Sir-Jalen Scott, a 22-yard run by Daniel Gaston and a 14-yard pass from Gaston to Timberland Likely.

That was more than enough offense for the Tigers.

“Our defense was lights out, and (cornerback) Jeremiah Owens had a great game in pass coverage,” Ingram said.

Greenville (2-5) will finish its season Monday with a game against Montgomery Catholic at Tiger Stadium at 6 p.m.