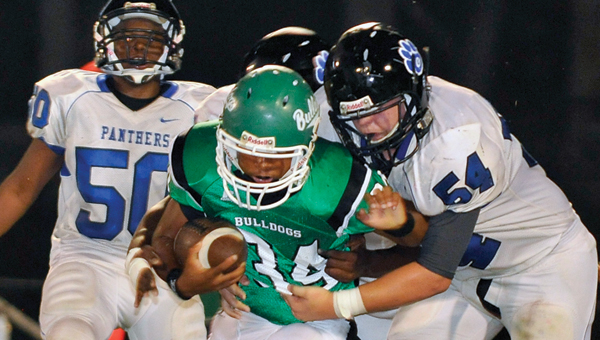 With the win, the Bulldogs (4-0, 3-0 Class 1A, Region 2) extended their winning streak against the Panthers to seven games.

The loss drops Georgiana, which was playing without both its first and second string quarterbacks, to 0-4 and 0-3 in Class 1A, Region 2 play.

Friday’s contest marks the second time in as many weeks that the Panthers have surrendered 60 or more points.

This season, the Georgiana defense is allowing 54 points per game.

Georgiana will be back in action Friday when it hits the road to take on Class 2A Calhoun High School.

It will mark the first ever meeting between the teams.