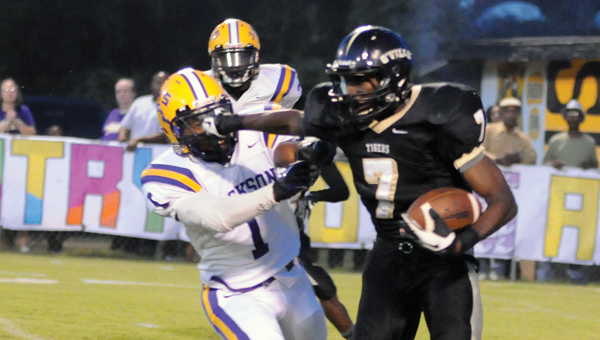 That word was “dangerous.”

“They’re a team that you better put away early or you’re going to have trouble,” Hill said. “If you let them hang around and build some confidence, they’ll beat you.”

Hill should know. The Wildcats were regulars on Spanish Fort High School’s schedule during Hill’s tenure as the Toros’ defensive coordinator.

Big plays have been a topic of discussion around the Greenville program of late. Hill said his team has given up too many, while not creating enough of their own, and the result has been a 1-2 start to the season.

“The game of football is all about big plays,” he said. “You never know when they are going to happen, so you have to be ready to take advantage of those opportunities when they come up, and we haven’t really done that yet.”

Big plays swing the momentum of the game; a factor that Hill said cannot be overlooked when playing on the road.

“Citronelle is a tough place to play,” he said. “They have a great environment down there and coming off a region win over Selma (High School), they’re going to be ready.”