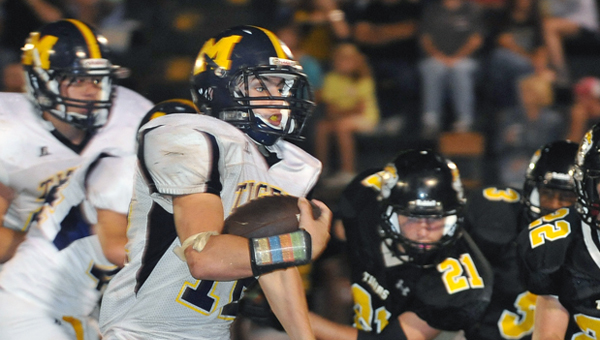 It was an all-around memorable night for several McKenzie Tigers after the 32-30 win against Red Level on Friday.

With seconds left in the game and leading by two points, McKenzie’s defense sacked Red Level’s quarterback on the Tigers’ 15-yard line to seal the win.

“It was a hard fought ball game where defense prevailed,” Brown said.

Seven turnovers nearly cost McKenzie the lead as Red Level took advantage of miscues toward the end of the game.

McKenzie led by 10 early in the game, however trouble came for the Tigers when quarterback Terrance Clemmons left the game with a thumb injury and William Brown had to take his place.

“I think he’ll be alright,” Miles Brown said. “It was just an injury to his thumb on his throwing hand. He couldn’t throw the football.”

It was a 17-yard touchdown pass to wide receiver Nicarius Peterson that gave Willliam Brown the confidence he needed to held McKenzie hold onto its lead.

Wide receiver Sawyer Kendrick capped off the night with a touchdown.

“He stepped up there and ran the ball hard for us and did a good job when it came down to it and here we had an eighth grader in and he didn’t get sacked the entire night.”