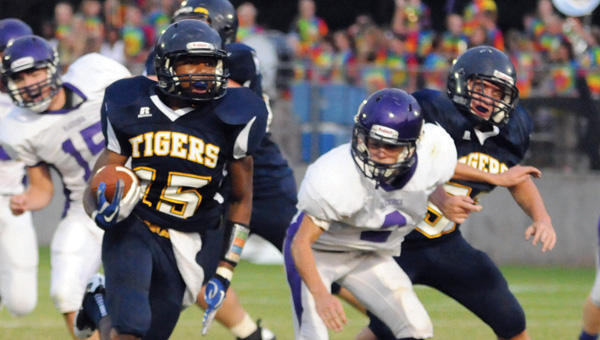 If McKenzie School head coach Miles Brown looks tired, it’s because he is.

On Friday, the Tigers will face a season-opening opponent in Highland Home High School that will keep opposing coaches, like Brown, up at night.

“They lost a lot of guys, but they return a lot of really good football players,” Brown said. “This will be a big challenge for a Week 1 football game.”

Last season, the Flying Squadron won eight games and advanced to the second round of the playoffs. While the squad lost starting quarterback Kase Kelly and All-State wide receiver Raheem Berry to graduation, Highland Home does return running back Lewis Johnson, who rushed for more than 1,300 yards as a sophomore, and senior John Dunn, who is moving from wide receiver to quarterback.

“They are a spread team, but they are very balanced,” Brown said. “They can run and they can throw. They have a lot of good athletes that can make plays for them, and they are a well-coached team. Coach (Tom) Pinkston does a great job of getting his team ready to play. We’re going to have our hands full.”

Brown said the key for his squad will be playing mistake-free football, something the Tigers were unable to do in their preseason contest with J.U. Blacksher on Thursday. While the Tigers won the game 20-14, Brown wasn’t overly pleased with his team’s performance.

The Tigers and the Flying Squadron will square off Friday in McKenzie at 7 p.m.