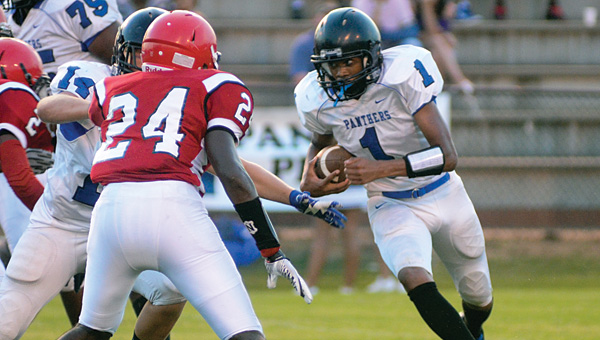 The Purple Cats lost five in a row to end the season.

They allowed a staggering 25.2 points per game to opposing offenses.

“They are a team that looks to be much improved,” the second-year head coach said.

The improvement may be due in part to a coaching change.

At the end of last season, Rudy Free stepped down as head coach after posting a 7-23 mark over the course of three seasons. Former Fort Dale Academy head coach Julius Head, who served as an offensive assistant at Ariton last season, was hired to fill the void.

“I don’t know Coach Head personally, but I know his reputation,” Watts said. “His teams are always well coached and will be very physical.”

Watts said the Purple Cats physical style of play will be evident when they have the ball.

“They come right at you on offense,” Watts said. “That will be a big challenge for our defense.”

The Panthers allowed 43 points in a preseason contest with Class 2A Luverne, but Watts said the bigger issues for the Panthers were turnovers and an ineffective offensive line.

“We did some good things and some bad things (in the preseason game),” Watts said. “We’re not blocking well, and we’ve obviously got to not turn the ball over, but (all of our mistakes) are correctable.”

The Panthers and the Purple Cats are set to meet Friday at 7 p.m. at Georgiana’s Harmon Field.