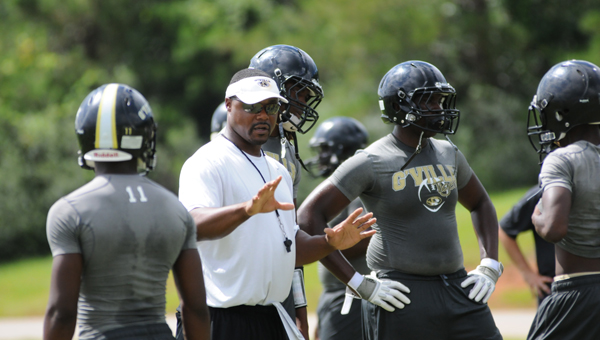 Greenville High School head coach Earnest Hill won’t have to wait long to see just how good his retooled defense will be in 2012.

The Tigers, who are replacing seven starters on a defense that allowed 17.8 points per game last season, will face the state’s top quarterback prospect Friday night.

Jeremy Johnson, a 6-foot-6, 215-pound Auburn commitment, will lead Carver High School into Tiger Stadium for the final preseason tune-up before both teams kick off their 2012 campaigns.

“It’s going to be a big challenge for our defense,” Hill said. “We’ll learn a lot about ourselves competing against a kid like that at quarterback and all the weapons he has in the backfield and at wide receiver.”

Carver, the eighth-ranked team in Class 6A, returns nine starters on offense. Last season, the Wolverines averaged 32.5 points per game en route to a 7-4 record.

Rivals.com lists Johnson, a three-start recruit, as the top quarterback prospect in the state and the 18th-best pro-style quarterback in the nation.

“He’s going to make plays,” Hill said. “We just have to try and limit the number of big plays that he makes.”

The Wolverines will also provide a difficult test for the Tigers’ offense, which will debut a first-year quarterback in junior Harper Vinson and revamped playbook.

“They have a lot of kids back on that side of the ball,” Hill said. “I think four of them are (Division I) commitments, so they can play. It’s going to be a big challenge for our offense.”

The Tigers are also scheduled to square off with Hillcrest-Evergreen.

The schedule for Friday’s scrimmage is as follows:

Hillcrest-Evergreen vs. Carver at 6 p.m.

Greenville vs. Hillcrest-Evergreen at 7 p.m.

Greenville vs. Carver at 8 p.m.

Each matchup will last two quarters.