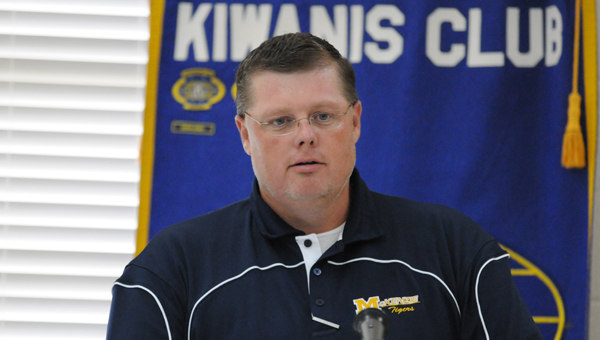 Area coaches gathered Tuesday to talk football at the annual Coaches Corner, which is hosted the Greenville Area Chamber of Commerce and the  Greenville Kiwanis Club.

“I love to come here every year and be called old and a liar,” joked Fort Dale Academy head coach James “Speed” Sampley, who is entering his 14th season at FDA.

“The best thing I did was fire my defensive coordinator and offensive line coach,” said Georgiana School head coach David Watts. “That was me. Now we have someone in those spots that knows what they are doing, and hopefully that will help us get stronger in those areas.”

Fort Dale will open its 2012 campaign Aug. 24 at Escambia Academy. Greenville, Georgiana and McKenzie will open their seasons on Aug. 31