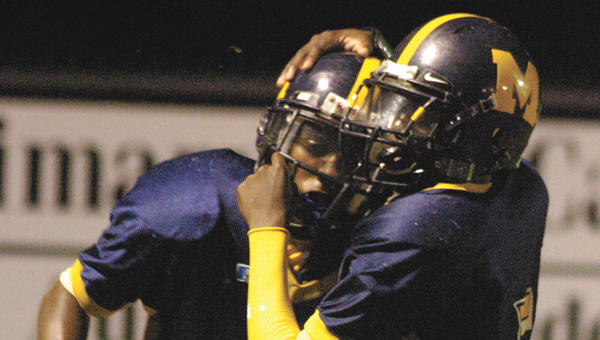 For the past two months, the McKenzie Tigers have overcome one obstacle after another in pursuit of a common goal — a state championship.

However, with only a few weeks of preparation left, the biggest obstacle of all lies before them.

Head coach Miles Brown is proud of the progress his team has made over the summer, but he is not content to settle where they are.

“I don’t think we’re prepared to play a ball game yet,” Brown said.

It’s not for a lack of effort on the defense’s part.

The 7-on-7 games have been instrumental in helping the Tigers’ defense improve in several aspects, some more subtle than others.

Brown cited his team’s increased communication skills in particular that impressed him two weeks ago at McKenzie’s first 7-on-7 tournament, but there is still room for improvement.

“We still have a long way to go,” Brown said. “We have to work on our fundamentals, such as making sure we pursue the ball and that we fit up in certain situations.”

Brown said that he’s pleased with how composed the team has been under adverse conditions.

“Not every team can play several 7-on-7 games at 3 in the afternoon,” Brown said. “One of the things that concerns every coach is how heat affects the teaching aspect of the game. Will your players waste time worrying about the heat, or will they man up and play football?  We’ve got to be mentally prepared for this stuff.”

It’s not because of any individual, and this is especially true concerning starting quarterback Terrance Clemons.

Of the many talented players on the Tigers roster, Clemons has been among the most hardworking.

“He’s made a lot of progress and has grown and matured for us at a young age, which is exactly what we needed him to do,” Brown said.

Brown mentioned last month’s 7-on-7 tournament as an example of how Clemons has stepped up to fill a very important role.

“It’s always going to make you better anytime that you play in a competitive atmosphere,” Brown said. “He started off a little sluggish, but I think he’s started progressing and doing the things necessary to succeed at his position.  But it’s a lot different when you put those pads on.”

And there’s where Brown’s concern lies — the Tigers have yet to test themselves physically. But that will all change this Thursday when the team goes to full pads.

Brown has always placed an emphasis on competitive spirit and physical toughness and, after the next few weeks, the Tigers’ recipe for success will undoubtedly be complete.