Tigers place fifth at 7-on-7 camp 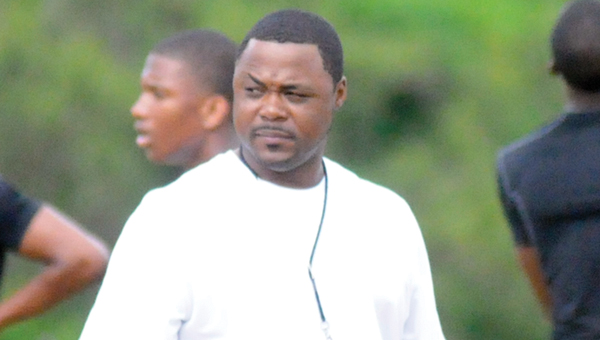 Greenville High School head coach Earnest Hill and the Tigers finished in fifth place at a 7-on-7 camp in Mobile. (File Photo)

Progress has been a slow process for the Greenville High School football team this summer, but it’s one challenge head coach Earnest Hill is looking forward to facing head-on.

The team has been playing in 7-on-7 tournaments around the state in preparation for the upcoming season, and the experience has proven invaluable for the Tigers.

Many players, including quarterback-turned-receiver Kent Riley, are adjusting to new roles, and the transition has not been an immediate one.

The team traveled to Mobile last week for a 7-on-7 tournament, and Greenville ended up placing fifth at the camp.

Although there weren’t many local teams participating in the Mobile tournament, the Tigers faced tough competition from several Florida teams, including Crestview.

In recent years, 7-on-7 tournaments have proven a reliable way to ensure success in the coming season, particularly on the offensive side of the ball.

However, the offensive-oriented nature of these 7-on-7 games can be a nightmare for defensive-minded coaches like Hill.

Despite that, he was very proud of how his defense reacted.

“We ran to the football, and we competed,” Hill said. “The (junior varsity) had 10 takeaways during the camp and, more importantly, the kids seemed to be having fun.”

While 7-on-7 tournament results are in no way indicative of how a team will perform in the following season, Hill thinks they are vitally important to the development of the Greenville program.

“It gives us a good chance to compete against other teams,” Hill said.

“It gives the defense enough time to prepare themselves for the season.”

Overall, Hill was impressed with how his team performed in Mobile, but he admits that they have a long way to go.

“I think we’ll be fine, as long as we keep working,” he said.