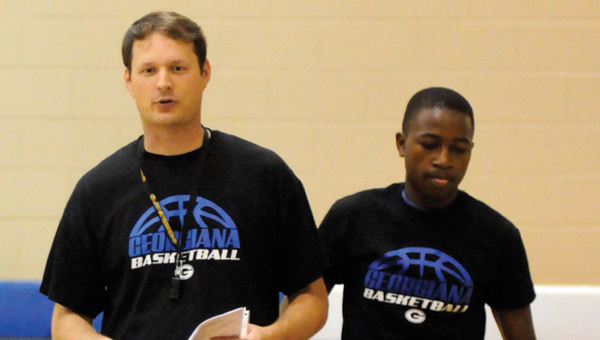 Olga Morton and Herbert Morton (pictured) were recently recognized for their dedication to the Butler County Humane Society. Herbert Morton was immediately elected president in 2005 when he joined the association and has continued in the role for the last seven years. (Advocate Staff/Andy Brown)

Although basketball season is quite a few months away, Norris has taken the proactive approach to prepare his team for the upcoming season in several summer training camps.

Despite coming off a brilliant 2011-12 season that resulted in a trip to the Final Four, Norris has not become complacent with his team’s growth.

Apparently neither has his team.

“I believe we have gotten better defensively as a team and we are improving overall,” Norris said in reference to his team’s performance in a series of summer league games.

The Panthers have faced off with Straughn, Montgomery Catholic, Florala, Northview, Booker T. Washington and Sweetwater.  The Panthers also squared off with South Walton and Bethlehem, two Florida high schools.

Norris said the end result was invaluable experience for his players, and he believes that they faced good competition in every game. However, it is experience, or lack thereof, that is probably the coach’s biggest concern at the present time.  Many of his younger players have rather large shoes to fill.

“We lost eight seniors and five starters off of last year’s Final Four team,” Norris said. “It will take time to develop our younger players and get them ready for the season, but that is what the summer games and practices are for.”

Georgiana will head to Montgomery Catholic Tuesday for an eight-team tournament.