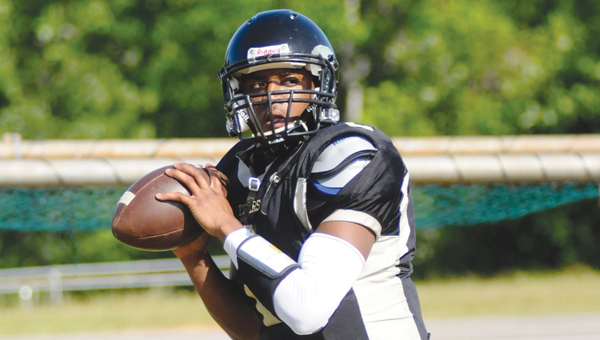 Summer is a season of change for Greenville High School head coach Earnest Hill and the Tigers.

Despite coming off an 11-1 season, Hill has made it clear that he, nor his team, will be dwelling on past successes. This is a new season with a new game plan, and although the season is still a couple of months away, the road to success starts now.

Senior Kent Riley was a huge factor in Greenville’s success last season at the quarterback position, and he posed the biggest threat to opposing teams when running the ball.

To take advantage of that threat, Hill has moved Riley to the receiver position for the upcoming season.

“We’re going to try to get the ball in his hands as much as possible,” he said. “We’ve got a new passing game that’s going to fit Kent very well and we have a younger kid at quarterback to get some experience for him this year and next year.”

Since the start of the summer break a few weeks ago, the Tigers have been practicing three days a week on Tuesdays, Wednesdays and Thursdays. This week marks the official beginning of summer, and temperatures will undoubtedly soar over the next three months. Nonetheless, Hill has taken several precautions to ensure the safety of his players.

“I bring the team in at about 6 in the morning, and we’re usually done by about 10 or 10:30, so we beat the heat,” he said. “We give them plenty of water and when we have to do things inside, we’ll do them inside.”

And while external factors will certainly play a large role in the success of summer camp, the larger concerns lie in replacing a talented group of seniors from last year’s team.

Four seniors started on defense last year, so Hill is looking for several underclassmen to step up.

“We’ve got some kids that got a little playing time last year,” Hill said. “We’re just going to keep working hard every day and, by the time our first game rolls around, I hope we’ll be ready.”