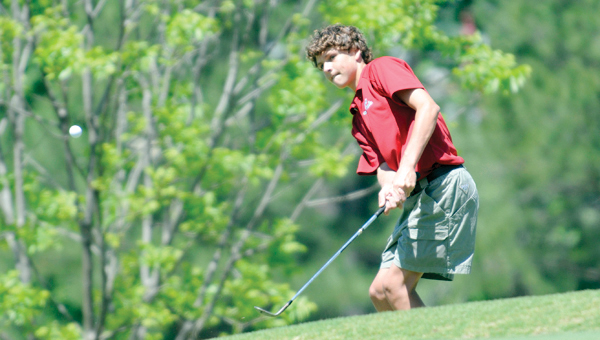 On the fifth hole of the first round of the Alabama Independent School Association State Golf Championship, Fort Dale Academy’s Cam Norman posted a triple bogey.

For a moment, the senior, who opened the tournament with three straight birdies, was worried that the triple bogey might be a sign of things to come. Just a year ago, Norman was a favorite to win the championship, but struggled to a third-place finish at the tournament.

“I was worried that I might be heading in the same direction I did last year,” he said. “I just tried to stay focused and not think about that.”

Norman, who said he learned more from last year’s tournament than any other tournament he’s ever played in, was able to rebound from the triple bogey to post a 72 on Monday at the Prattville Country Club.

On Tuesday, he birdied three of his first four holes en route to a 68 and the championship.

“It feels really good to have finally won the championship,” Norman said. “When I was in seventh grade I watched a kid win the championship in a playoff, and I’ve wanted to win it every since. It still hasn’t really sunk in.”