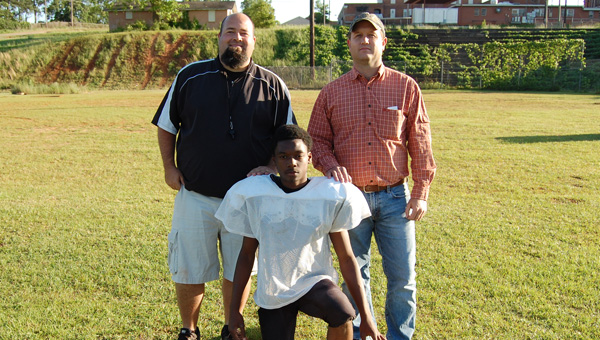 The donation will allow 15 more middle school students to take part in football, according to GMS head coach Daniel Ingram.

“We’re at a real bad shortage as far as equipment,” Ingram said. “It really helped us for spring, because a lot of kids wouldn’t have been able to be out here with us if it wasn’t for the donation.”

Some of the equipment included pants with pads, belts, mouthpieces, and enough athletic tape for the entire upcoming season.

“It’s a lot of basic things that you don’t think about,” Ingram said. “We’re very appreciative. “It means a great deal. We would not be able to suit up all the kids if it wasn’t for the donation.”

Jordan, a 1993 graduate of Greenville High School who played center on the football team and co-owner of Southern Graphics, said he wanted to support the community.