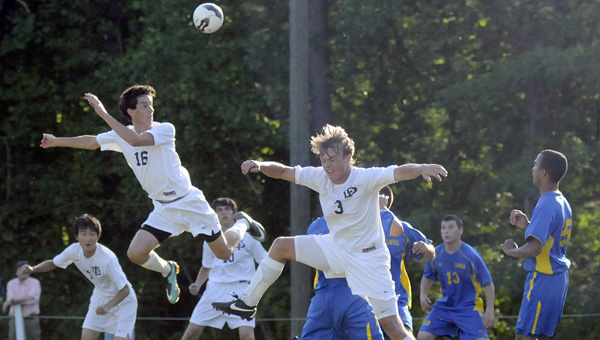 “It is always tough to lose a game like that,” Fort Dale head coach Bert Rice said. “Lyman Ward had the edge on us because of their experience with the sport, but I feel like we gave ourselves an opportunity to win because of the effort we played with. We played hard all year long and, as a coach that is all you can ask for.”

The Rangers netted the only goal of the match with 15:25 remaining in the opening half.

“The goal that Lyman Ward scored on was a tough situation for us,” Rice said. “They had us outnumbered on a break, so we had to try and play the ball aggressively and it took a bad bounce. That kind of stuff happens, and good teams take advantage of those opportunities. I want our kids to be aggressive in that situation, so I wasn’t disappointed with the play.”

The Eagles ended the season with an 8-3-1 mark and won their region in just their third year of fielding team.

“This was a very successful season for us,” Rice said. “Losing this last one was a tough pill to swallow, but looking back you have to be satisfied with the progress we made throughout the year. This was the most dedicated group of young people I have ever been around. The accomplishments of this group have set clear expectations for future teams here and I am very proud to have coached these kids.”