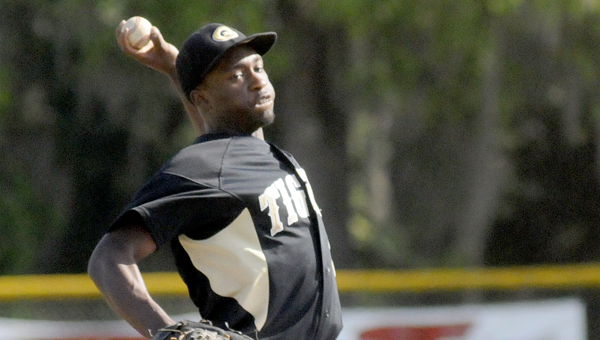 Demopolis (22-5) topped Greenville (7-13) 10-0 in the first game of the two-game tilt and completed the sweep with a 14-4 win in the finale. Greenville had won six straight entering Friday’s contests.

In Game 1, Demopolis seized control of the game early by plating a run in the first and four more in the second inning thanks in part to six walks issued by left-hander Jerome Cook and back-to-back two-RBI hits by Stewart and Mason Rogers.

“Jerome settled down after that, but the first two innings were too much for him to overcome,” Greenville head coach Richard Kelly said.

After pushing a single run across in the sixth, Demopolis plated four more runs in the seventh inning to cap the scoring.

Stewart earned the win on the mound. He allowed just one hit and struck out 15. Harper Vinson notched the only hit for Greenville.

In Game 2, Demopolis rallied from a 3-0 deficit after Greenville managed to push three runs across in the bottom of the first inning thanks in large part to five wild pitches and a passed ball. Vinson and Cook each singled and scored in the inning before Demopolis right-hander Taylor Polk gave way to Thrasher with one out in the inning. Thrasher immediately retired the next two Greenville batters ending the rally.

Demopolis got two runs in the top of the second on a sacrifice fly from Devin Stroud and an RBI-double from Thrasher to trim the lead to a single run. Demopolis captured the lead in the top of the third when a triple by Mason Rogers plated Stewart and Rogers scored on an errant throw from the Greenville left fielder.

A four-run fifth inning for Demopolis all but sealed the win as Greenville never got closer than five runs for the remainder of the game. Thrasher earned the win on the mound after fanning 12 Greenville batters.

Cook and Vinson were each 2-for-3 at the plate to lead Greenville.