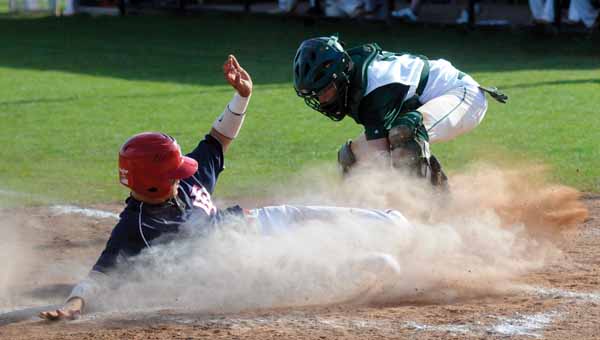 A nine-run third inning powered Fort Dale Academy to a 12-2 win against Sparta Academy Monday at the FDA Sportsplex.

The win comes after a weekend sweep of Northside Methodist Academy.

“We’re playing much better baseball right now,” Fort Dale head coach Josh Beverly said. “We are hopefully peaking at the right time of the year and can make a push for the playoffs.”

James Burkett was 1-for-3 with two RBIs in the win.

“Hitting, pitching and defense have all improved from our two-week slump,” Beverly said.

Fort Dale (7-9, 3-4) faced off with region rival Lee-Scott Tuesday. Results were not available at press time. The Eagles will be back in action Friday when they take on Glenwood in a doubleheader. First pitch is scheduled for noon at the FDA Sportsplex.