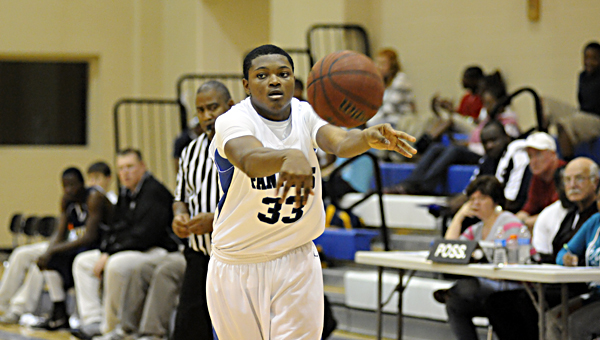 Georgiana School senior Adrian Rich was perhaps the best player on one of the best teams in Class 1A.

Sportswriters across the state took notice.

On Sunday, Rich was named to the Alabama Sports Writers Association Class 1A All-State Basketball Team. It marks the second year in a row that the 6-foot-4 forward earned second-team all-state honors.

“I was very happy to make the team,” Rich said. “My teammates played a very big role in me being recognized.”

Georgiana head coach Kirk Norris said that Rich was more than deserving of the honor.

“Adrian’s play was a big reason we were so successful this year,” he said. “He was very consistent for us this year and we were able to rely on him in big games and crucial situations. He is definitely deserving of the honor of being called one of the best players in the state.”

Rich wasn’t the only Panther honored by the ASWA.

Norris was tabbed as Class 1A Coach of the Year after guiding the Panthers to a 24-8 record and a runner-up finish in the state tournament.

“I am extremely honored and grateful to receive this award,” Norris said. “The award may be in my name, but it really is a reflection of our kids and what our team was able to accomplish this year.”

Rich said when he learned that Norris had been named Coach of the Year, he sent a text congratulating Norris on the award.

“I was really happy for him,” Rich said. “I think he definitely deserved it.”