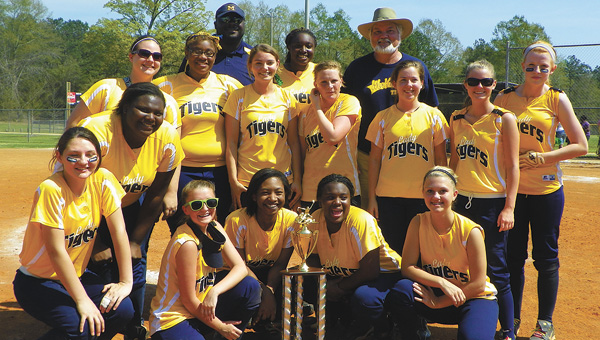 The Lady Tigers defeated Georgiana 23-2 in their opener on Friday.

After falling to Greenville High School 11-10 in its second game, McKenzie rebounded with a 20-4 win against Georgiana on Saturday and an 18-9 win against Greenville in the championship game of the tournament.

“The loss to Greenville in the second game was a heartbreaker,” McKenzie head coach Ezell Powell said. “I thought we played well until we started committing costly errors that allowed Greenville to stay around and eventually win the game. On Saturday we came out with a better attitude and played well in our first win over Georgiana and it carried over into the second game against Greenville.”