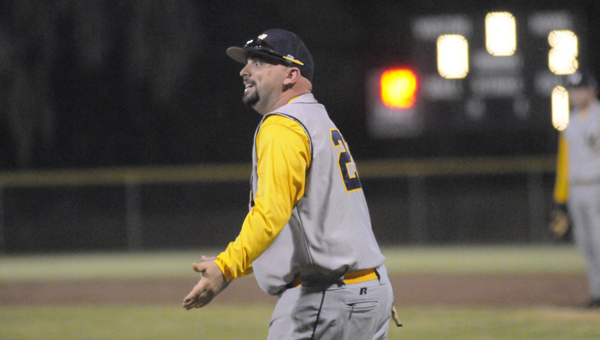 McKenzie School was one out away from forcing extra innings with Pleasant Home High School on Tuesday.

That one out proved elusive.

With the game tied 6-all in the seventh inning, the Tigers committed an error that allowed the Eagles to score the game-winning run. Pleasant Home won 7-6.

“The error hurt, but that wasn’t really the problem,” McKenzie head coach Tony Norris said. “The problem was we didn’t do anything from the second inning to the sixth.”

The Tigers scored three runs in both the first and seventh innings, but were unable to capitalize on their other scoring opportunities.

“We had runners on base, but we just couldn’t plate them,” Norris said. “We also made some errors in the field that helped them out. It was a disappointing finish, but I’m proud of the way the guys battled back after we fell behind.”

Dustin Moorhead suffered the loss for the Tigers after coming in relief of Ben Presley.

Roscoe Moorhead started the game and worked into the fifth inning before being replaced by Presley.

“He did a good job,” Norris said. “He started getting tired in the fifth and got into some trouble, and Ben was able to come in and get us out of it.”

Dustin Moorhead and Presley were each 2-for-3 at the plate in the loss. Presley also had 3 RBIs. Roscoe Moorhead was 1-for-3 with 3 RBIs.

McKenzie and Pleasant Home will square off again today at 3:30 p.m. in McKenzie.