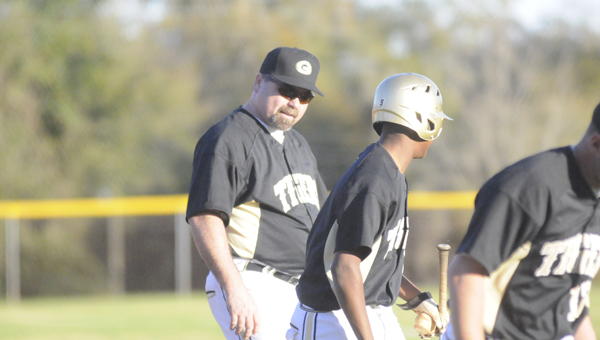 Kelley, who was hired on Jan. 2 to replace Brad Horn, was informed of the decision on Tuesday. He will remain at Greenville High School as a history teacher.

Greenville has won just one game this season, an 8-6 victory against in-county rival McKenzie on Feb. 28. A doubleheader sweep by Andalusia High School on Tuesday dropped the Tigers to 1-8 on the season.

Hill said the change is effective immediately and that Richard Kelly will assume the role as head baseball coach.

Kelly was an assistant coach at Fairhope High School in 2006 and 2007 and served as the pitching coach for Spanish Fort High School from 2008-11. He helped guide the Toros to a Class 5A state championship in 2010 and 2011.

“It is always a challenge for anyone to take over a program midseason,” Kelly said. “I have to hit the ground sprinting at this point, but most of the boys on the team either played basketball for me, or were around me with football. They know the expectations that I am going to demand to play sports for Greenville High School.”

Kelly said his No. 1 priority will be teaching the game of baseball. He believes if he is successful doing that, the wins will come.

“I have worked in two powerhouse baseball programs, and I want Greenville to develop into that,” he said.

Kelly will lead Greenville into action against Wilcox-Central High School on Monday in Camden.