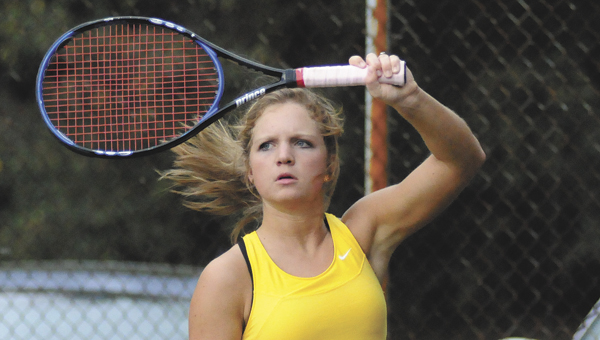 The No. 2 doubles team of Taylor Autrey and Kennedy Harris clinched the win for the Lady Eagles (1-0) with a 7-5, 6-4 win against Sarah Reeves and Annie Talton.

The Eagles (1-0) trailed 3-2 after the singles matches, but rallied to claim both doubles matches to earn the victory.

Fort Dale will be back in action today when it plays host to Monroe Academy at Beeland Park. The match will begin at 3 p.m.

On paper it will simply show up as a loss. But Greenville High School first-year head coach Evan Kelley saw... read more