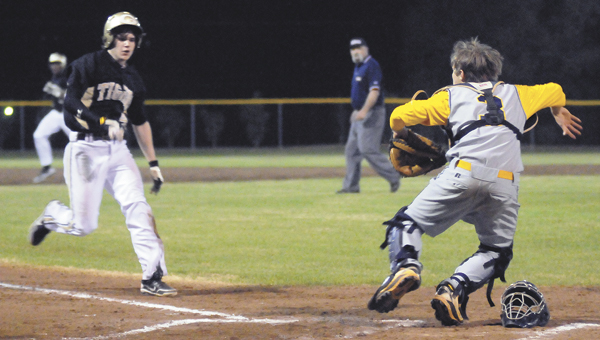 Greenville pushed four runs across in the first inning and two in the third to take a 6-0 lead. Greenville got three more runs in the fourth, including a pair of runs on a suicide squeeze. Greenville’s Jerome Cook laid down the bunt that scored Vinson. Jason Schofield also scored from second base after Cook beat the throw to first.

Ozell Carter earned the win on the mound for Greenville.

Greenville will be back in action Thursday when it plays host to Andalusia. The doubleheader is scheduled to start at 4:30 p.m. at Beeland Park.

McKenzie will also return to action Thursday when it hits the road for a showdown with Red Level High School. First pitch is set for 5:30 p.m.