Presley tossed a complete-game shutout and tallied seven strikeouts in a 10-0 win against Class 5A Wilcox-Central High School.

Presley also helped lead the Tigers’ offensive attack. The senior was 1-for-3 at the plate. Dustin Moorhead was also turned in a 1-for-3 performance at the plate for McKenzie.

Norris credited his team with being patient at the plate.

On Friday, the Tigers struggled to push runs across the plate and fell to Hillcrest-Evergreen 13-2.

“We blew a couple of scoring opportunities early in the game,” Norris said.

Norris said McKenzie got a strong pitching performance from Roscoe Moorhead, but that the Tigers “gave out in the fifth (inning).”

Tanner Davis had the Tigers lone RBI in the loss.

The Tigers will be back in action Tuesday when they square off with in-county rival Greenville High School at 5:30 p.m. at Beeland Park. 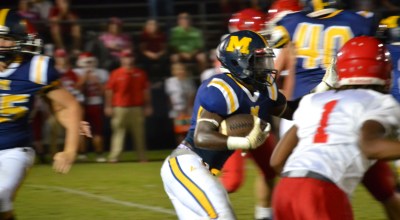