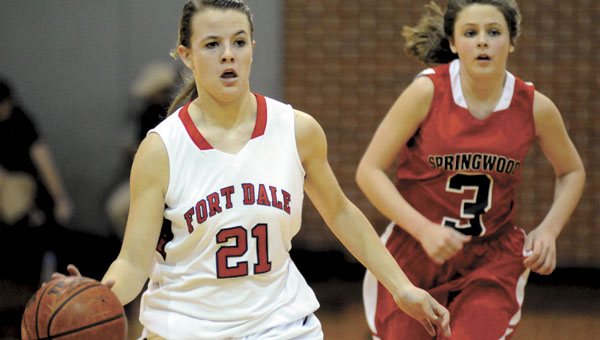 Fort Dale Academy showed Wednesday just why it was the top seed in the Class AAA, Region 1 tournament at Huntingdon College.

Seven of the 10 players who played in the game for Fort Dale scored at least one point. Anne Matthews and Mary Sanford Perdue led the charge with 17 and 13 points, respectively. The pair combined to hit six 3-pointers.

On the defensive end of the court, the Lady Eagles forced 29 turnovers and held the Lady Wildcats to just 16.3 percent shooting from the field.

With the win, Fort Dale advances to face Glenwood, the state’s third-ranked team, in the second round. The game is slated to begin at 2 p.m. today at Huntingdon College in Montgomery.