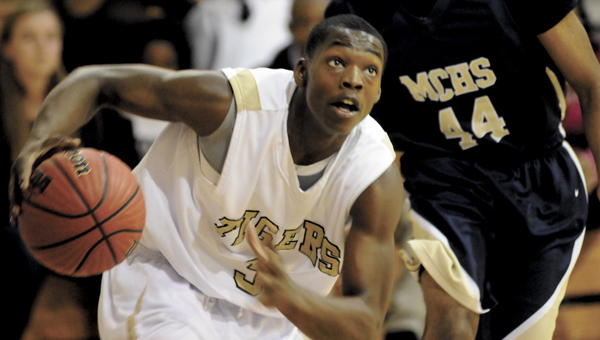 “It was a complete heartbreaker,” Greenville High School head coach Richard Kelly said. “Those boys played their hearts out against a top-10 team in J.F. Shields.”

The Panthers are currently ranked No. 9 in Class 1A by the Alabama Sports Writers Association.

After falling behind 25-16 in the first half, the Tigers (2-15) stormed back to cut the Panthers’ lead to just three. Greenville outpaced J.F. Shields 16-10 in the third period and was able to carry that momentum into the game’s final period. With two minutes to play and the Tigers trailing by two points, Greenville forced a turnover with its press, but was unable to convert a layup that would have tied the game.

“We played so well, but probably missed 15 layups,” Kelly said.

Following the miss, the Tigers were forced to foul in order to extend the game. The Panthers converted 3-of-4 free throws in the final two minutes to seal the win.

“Coach Johnny Mitchell did a great job preparing our guys on offense, and I thought we played above-average defense,” Kelly said. “It just wasn’t our night.”