MCHS too much for Tigers 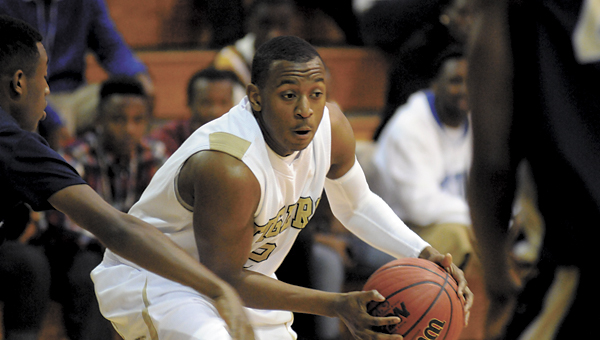 For three periods it paid off. The fourth period, however, was a different story.

Monroe County High School exploited the Tigers’ press for easy transition baskets and outpaced Greenville 21-13 in the final stanza to seal a 66-54 win Saturday in Greenville.

During the first three periods of play Greenville’s press forced Monroe County into a number of turnovers, which the Tigers then turned into easy baskets. But according to Kelly, Greenville didn’t maintain its defensive intensity late in the game.

“We forced a bunch of turnovers in the first half by running our press,” he said. “The second half we got passive and Monroe County took advantage of that.”

Greenville (2-14) trailed by two at the close of the first period and six at the break, but managed to slice into Monroe County’s lead in the third period with an 18-16 advantage. But just when it looked like momentum had shifted to Greenville, Monroe County opened the fourth period with a 7-2 run during the first 1:28 of the stanza. The Tigers never recovered and Monroe County went on to outscore Greenville 21-13 in the fourth.

“I think our team, more than anything else, needs the type of experience that it takes to win games,” Kelly said. “I am starting two freshmen, two sophomores and a junior. None of them have past varsity experience. I’m excited about this group of guys. They come to work on a daily basis and have fun doing it.”

Marvin Davidson chipped in 16 points and eight rebounds and Brian Smith recorded four steals and four assists for the Tigers.

Greenville will be back in action Tuesday when it hits the road to take on J.F. Shields. B-Team action starts at 5 p.m. with varsity action to follow.