McKenzie fights back to win in overtime 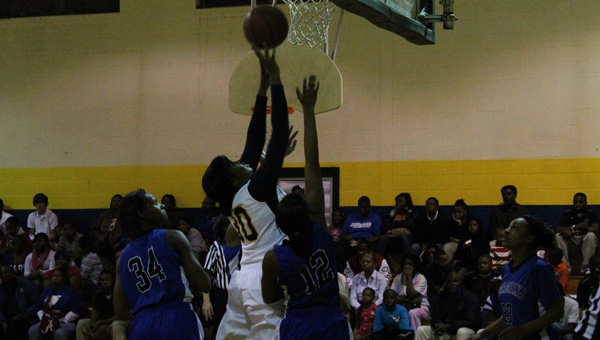 Sophomore Dazia Womack tries for a shot in an earlier game this season against Georgiana. Submitted Photo

McKenzie struggled with turnovers in the first half, allowing J.F. Shields to maintain a 14-point lead going into half time.

“In the first half, we turned the ball over way too much and they opened a 14-point lead at the half,” head coach Ezell Powell said. “I told my girls at the half that if they just minimize the mistakes, they would have a chance to win the ball game.”

The team came out shaky in the third period, enabling J.F. Shields to widen the gap to 19 points.

However, McKenzie found some momentum and was able to tie the game, forcing overtime.

Powell said the team was able to focus on getting steals and slowly chipped its way back into the ball game.

“Once we got into overtime, I knew we would have a strong chance of winning the ball game,” Powell said. “Shields’ two best players fouled out and our girls were not in foul trouble. We had a chance with our best players.”

Sophomore Dazia Womack made her free throws, securing the win for McKenzie in overtime.

McKenzie will be away at Brantley on Thursday at 4:30 p.m.