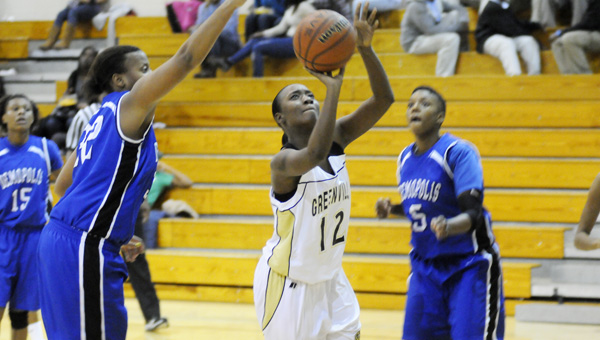 Decreasing the number of fouls and working on defense for Greenville’s next game are the goals head coach Jacqueline Tate gave after the 28-55 loss against Demopolis Friday night.

By the half, Greenville was able to more than double its points to 14 but had 10 fouls, allowing Demopolis to secure a lead of 36 points.

“Overall, our performance tonight was not the best,” Tate said. “I thought maybe we could come in off the win from Central Wilcox that we would actually come out and be aggressive and ready to play, but we had some turnovers that messed us up toward the start of the game.”

Greenville was unable to come out with a strong second half, only scoring 14 points total between the third and fourth quarter, making the final score of 28-55.

“We got out-hustled and out-rebounded,” Tate said. “We’re just going to have to come back and regroup. We have to improve defensively.”