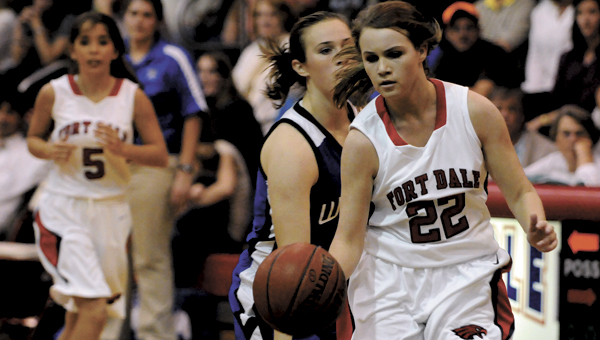 Fort Dale Academy rebounded from a disappointing 41-38 loss against Pike Liberal Arts School on Thursday, and did so in convincing fashion.

“It was good for us to get a win,” Fort Dale head coach Reggie Mantooth said. “I thought our girls played better, especially in the second half of the game.”

Fort Dale led 14-8 at the intermission, before erupting for 18 points in the third period to take a 32-13 advantage. The Lady Eagles tacked on 11 more points in the game’s final stanza, while holding the Lady Wildcats to just four points to seal the win.

The large lead allowed Mantooth to play all 11 players that dressed out for the contest.

“It is always good when you can play everyone and we were able to do that,” Mantooth said. “This game should help us as we go forward.”