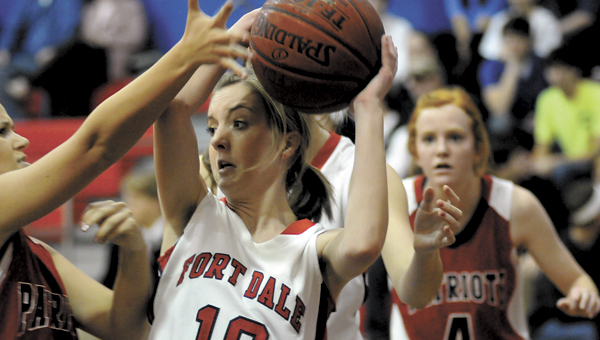 After a 15-point second period helped the Lady Patriots (4-7) seize control of the contest, the Lady Eagles (5-9) scratched their way back into the game in the final 5:41 of play.

“I’m tickled to get this win,” Pike Liberal Arts School head coach Robert Hawkins said. “To come to Fort Dale and win a game like this is an accomplishment for us.”

Hawkins said he felt the game’s second period proved to be the difference.

“We don’t really have that one ballhandler that can get us into our offense consistently against a man-to-man defense, and that was a big part of our problem in the first period,” Hawkins said. “But then in the second period, we got into a good flow offensively and were able to make some shots.”

Ward and Marlee Tunstill led the Lady Patriots with 10 points each, while Barron added nine.