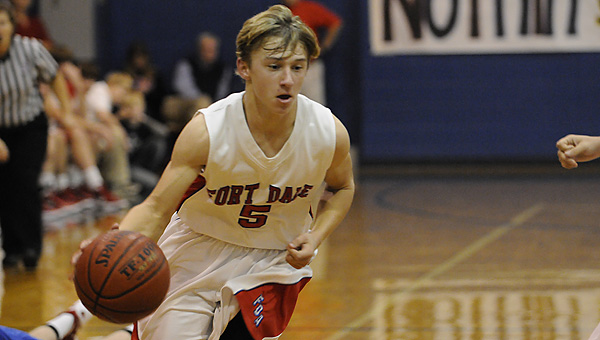 The Vols scored six points in the first period before failing to score a point in the second period, giving the Eagles a commanding 28-6 lead at the break. Monroe scored three more points in both the third and fourth periods to cap its scoring.

Meanwhile, Fort Dale played 14 of the 15 players listed on its roster and eight different players scored at least one point. Millo led the way with 19 points, and Taylor added 10. Wesley Scott and Taylor Windham each scored four points, while Will Davis and Jack Bates scored two points and Ryan Salter and Matt Langford scored one point.

Fort Dale will be back in action Thursday when it plays host to Pike Liberal Arts School. Junior varsity action will begin at 4 p.m. with varsity action set to follow.